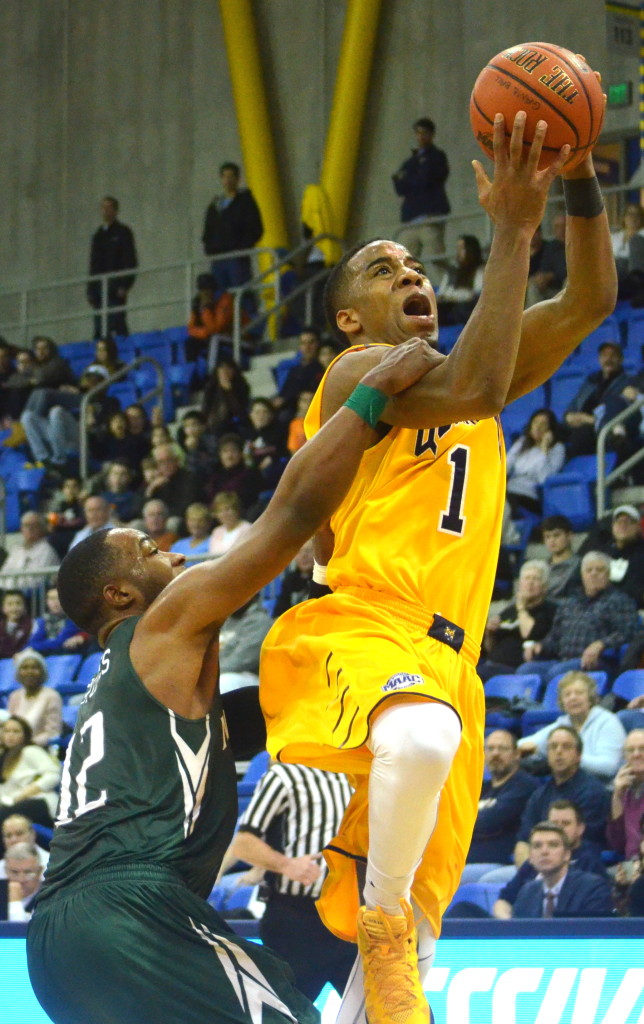 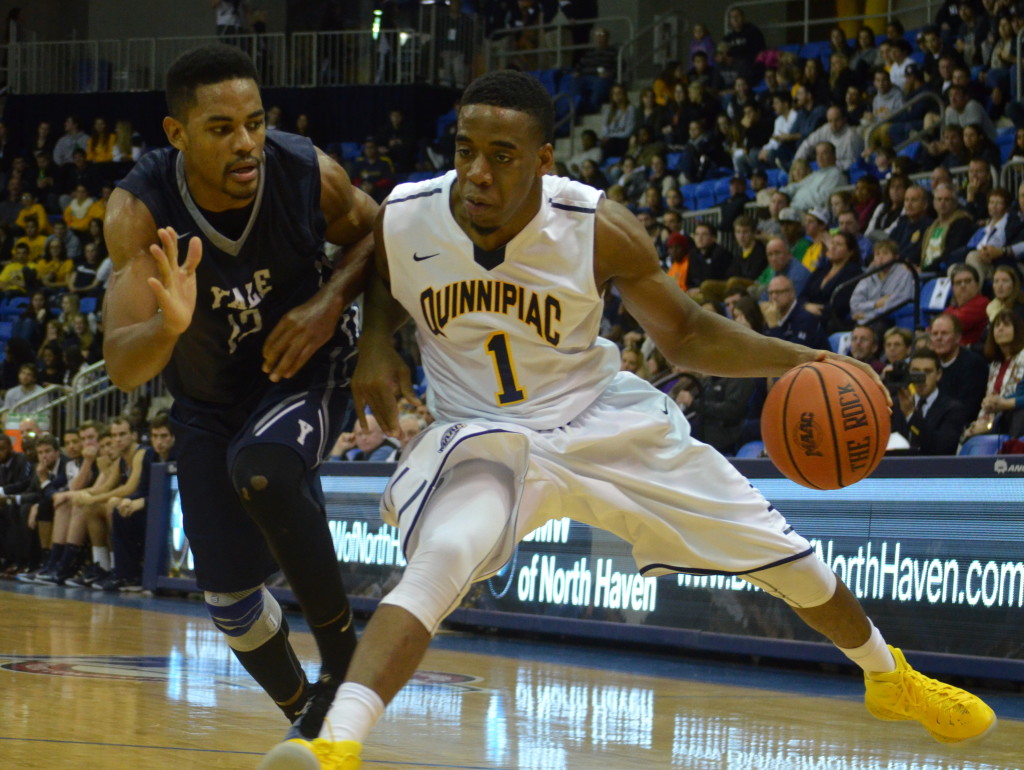 The Quinnipiac Athletics Hall of Fame held a ceremony to induct the Class of 2014 on Saturday afternoon at the TD Bank Sports Center, honoring six individual athletes and two tennis teams.

The newest members were enshrined in front of a gala of friends, family and peers.

The first inductee of the night was former men’s basketball bigman Bill Romano. Romano was a four-year starter during his time at Quinnipiac and rewrote the record books on the court. Upon his graduation, he was Quinnipiac’s all-time program leader in points, rebounding and points per game.

During his speech, Romano reflected on the growth of Quinnipiac athletics and the basketball program since his time on campus.

“My freshman year, in 1998, the locker room was so small we could barely fit an entire team in there,” Romano said. “I remember looking around and saying to myself, ‘wow this is similar to a middle school or high school locker room.’ Now look at this palace in which we play in today.”

Jared Grasso, Romano’s teammate and “best friend,” was the next to be inducted into the Quinnipiac Hall of Fame.

Grasso was a four-year member of the basketball team, who, upon his graduation, was the second player in school history to accumulate 1,000 points and 400 assists.

Grasso talked about his best memory at Quinnipiac, the NEC Championship game against Central Connecticut.
“[It was] the best basketball atmosphere I have been a part of in my entire life,” Grasso said. “I really felt proud to know how much work we put in when everyone said we weren’t any good, or we weren’t going to win any games. We were only two bounces away from being in the NCAA tournament in that last year.”

While on campus, Kelly was one of the most decorated players in the history of program. She was named the Northeast Conference Player of the Year in 2002-03, becoming women’s basketball’s first student-athlete to win the honor. Kelly averaged 13.5 rebounds per game during that season, leading all of Division I basketball.

“I’ve never seen someone compete at a level that high day in and day out,” Meca said. “She is arguably the best women’s basketball player to ever wear a Quinnipiac jersey.”

Petrycki spoke of how her time at Quinnipiac changed how she perceived tennis as a team sport.

“You grow up going to tennis tournaments, you always did it as an individual,” Petrycki said. “You meet people, and you make friends and stuff, but you are really by yourself. But coming here, you become part of a real team… It was probably one of my favorite parts of being [at Quinnipiac].”

The final individual inductee of the night was the voice of Quinnipiac, Bill Schweizer. Schweizer is a broadcast veteran of 44 years, and has worked on seven Olympic broadcasts and handled play-by-play for both the National Football League and Major League Baseball during his career. He is entering in his 20th year at Quinnipiac, serving as the play-by-play announcer for the Bobcats’ ice hockey and basketball teams.

In a conversation following the ceremony, Schweizer described the two fondest memories he’s had during his time at Quinnipiac.

“[Quinnipiac men’s ice hockey] went on the road to Cornell for a three-game series, and Cornell never loses at home,” Schweizer said, talking about the 2006-2007 season. “Quinnipiac swept them in two games, and both games the atmosphere was unbelievable. Two of my favorite games of all time were those games.”

And he has a special memory for basketball, too.

“[The 2002 Men’s Basketball Team] came out of nowhere and got to the NEC championship game against Central, only being four years into Division 1, playing on ESPN,” Schweizer said. “The atmosphere that night in the gym at Central was unbelievable. It was sold out and the whole house just shook.”

The first team to be inducted was the 1996-97 women’s tennis team. The team went 16-2 overall, and went undefeated in NE-10 play (10-0), winning the regular season and NE-10 tournament championship title. They were the No. 1 seed in the NCAA Division II tournament that year.

The final inductee of the night was the 1996-97 men’s tennis team. The team went 18-1 and was undefeated in NE-10 matches (9-0). The team won two consecutive Northeast-10 regular season and tournament titles to close out the team’s Division II history.

The Quinnipiac Athletics Hall of Fame was established in 1971, and currently has 133 players and 10 teams